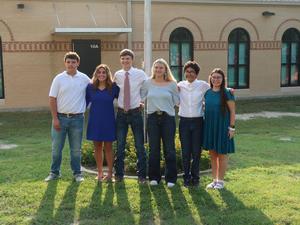 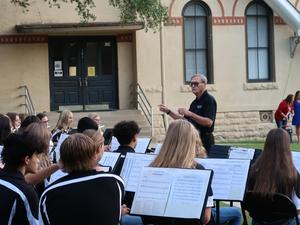 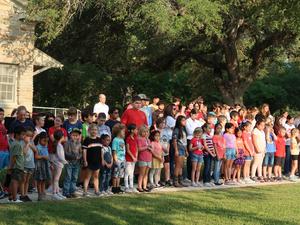 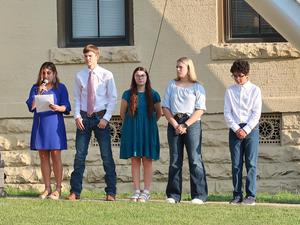 On September 9th, 2022 MISD Student Council presented a beautiful program honoring the victims of the events of September, 11, 2001.
Student Council President Hope Kirkland opened the ceremony explaining to student who were born after 9/11 what occurred and how people who experienced it must have felt that day and in the days following.
Vice President Trenton Meisetshleager recited the Pledge of Allegiance.
Secretary Rebecca Ulcak offered a prayer for all who were affected by September 11th and it's aftermath.  She also beautifully delivered a poem about the grief experienced in the midst of the chaos experienced that day.
Historian Torin Langston explained the timeline of the events that occurred on September 11, 2021 so that students would understand what it was like.
Reporter Brandon Colchado delivered the final prayer.
Mrs. Anna Bartos planned and supervised the program, and Mr. Whittington and his band played the music to fill the air with the patriotism MISD felt as they played.
Attending were students and staff from both campuses, members of the community, law enforcement and board members. Thank you to all who participated.
Print